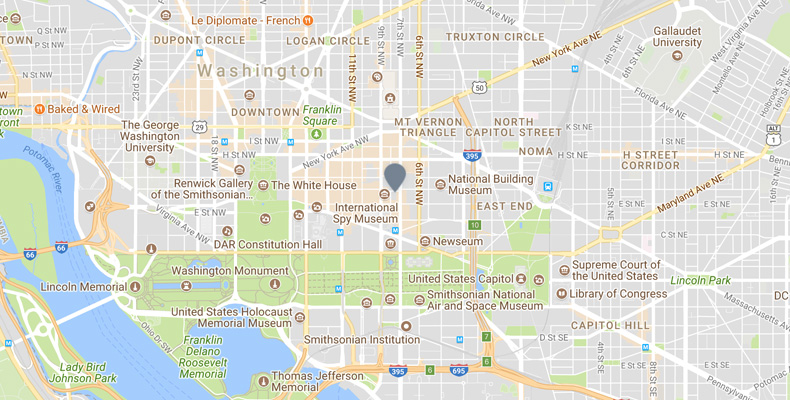 On the grid in Washington DC

Our highly walkable address places us in the lively Penn Quarter neighborhood, at the intersection of 7th and F streets NW. Our elegant digs are conveniently located less than a block from Capital One Arena (formerly Verizon Center) and the Gallery Place/Chinatown Metro station (where you'll find the red, blue, and green lines). While those who like to travel on foot will be delighted strolling to nearby attractions like the National Mall and its countless monuments, museums, and galleries, others will appreciate the easy access to public transit, which will whisk you to the city's many distinctive neighborhoods as well as Union Station and Washington Reagan National Airport.