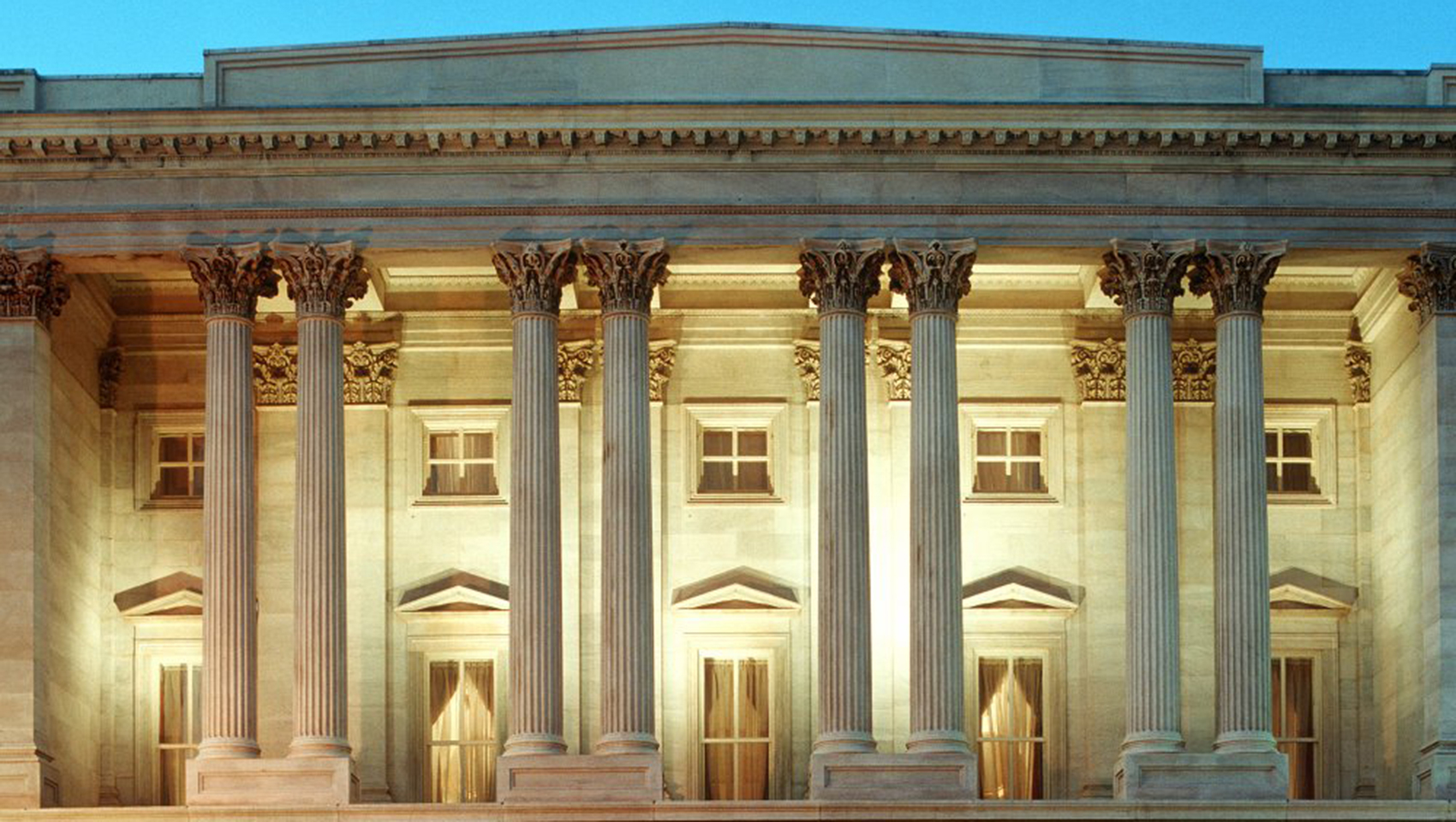 A HISTORIC HOTEL IN WASHINGTON DC

Two hundred years in the heart of the capital

“We doubt there is a building in the world more chaste and architecturally perfect than the General Post Office” – Harper's New Monthly Magazine, December 1859

Soon after the establishment of the nation's capital, two necessary public buildings were begun – the Capitol and the President's House (now the White House). Almost nothing more was done for 35 years, until at last Congress began to take an interest in the image of the government. The late 1830s and 1840s saw the creation of three major architectural monuments that reflected a growing national confidence – the Treasury Building, the Patent Office, and the General Post Office, now home to Kimpton Hotel Monaco Washington DC. 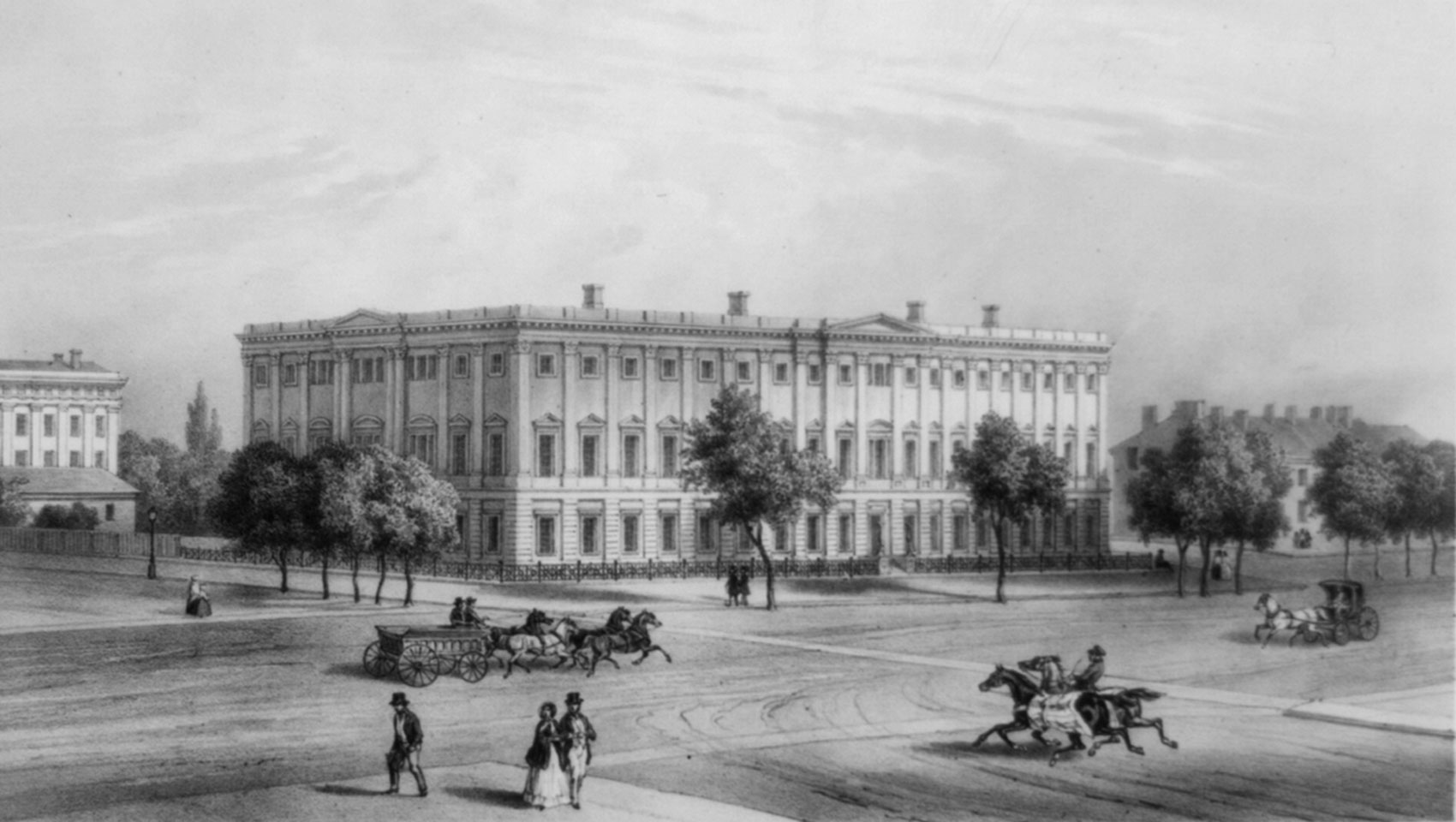 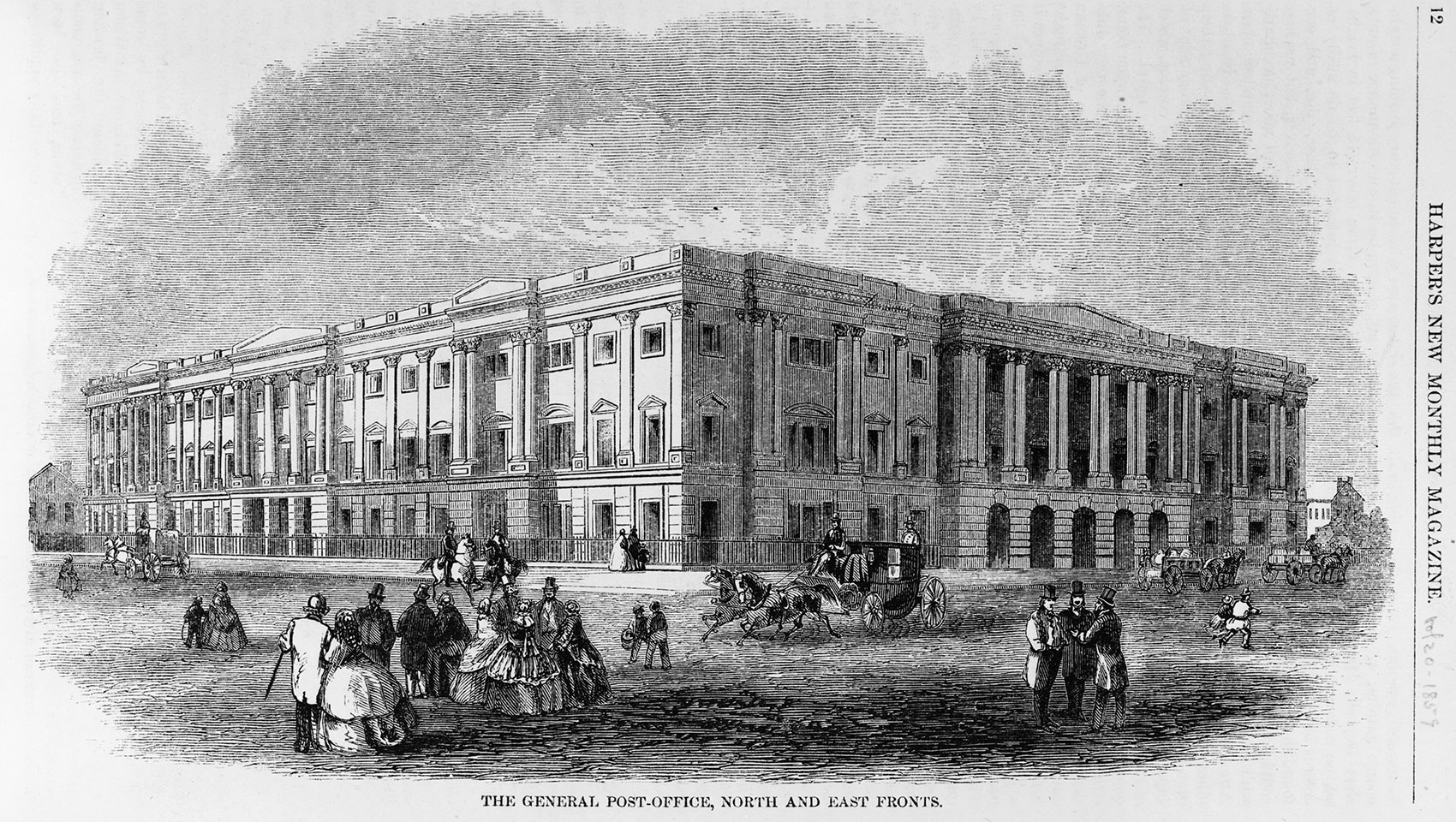 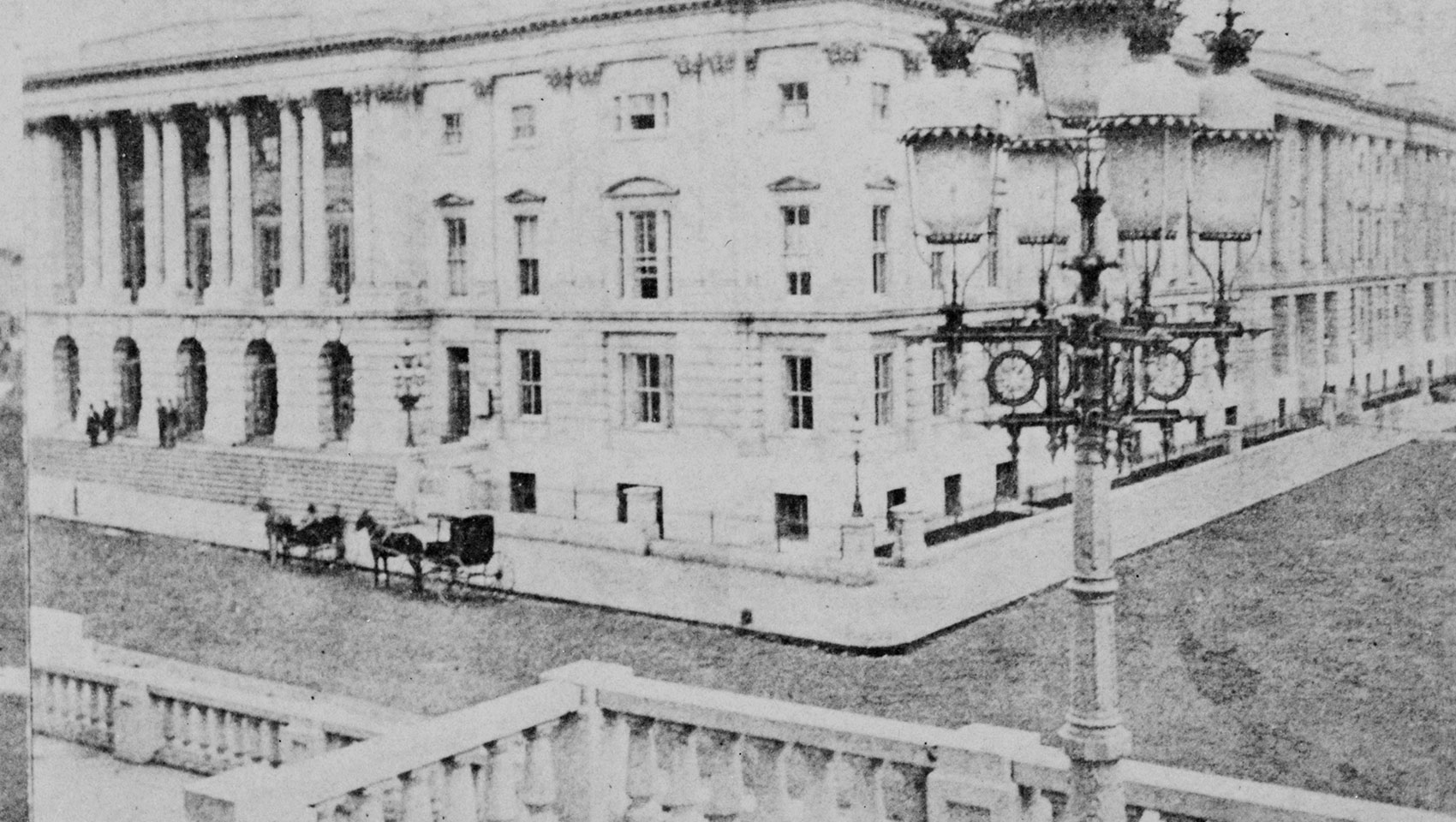 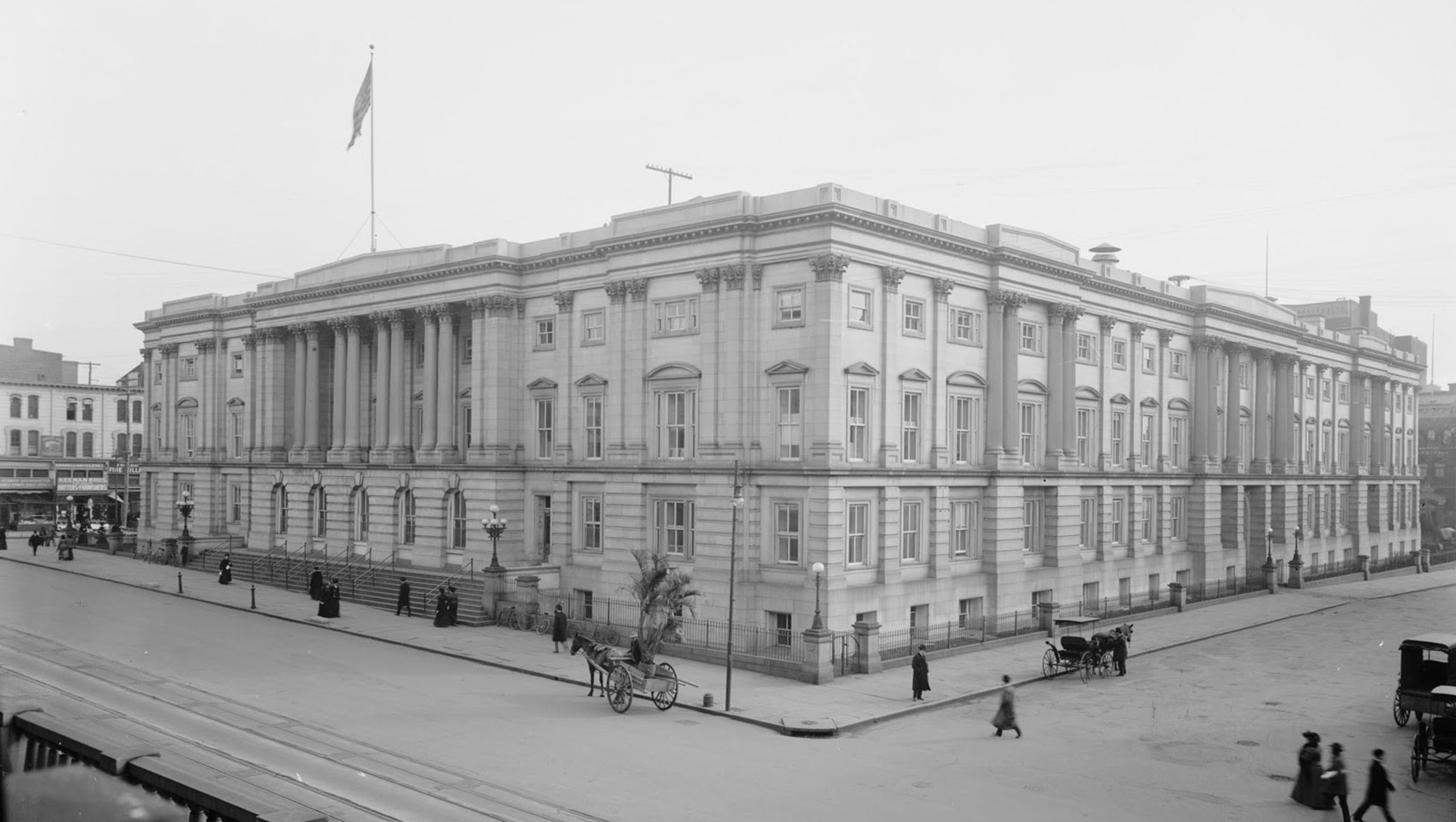 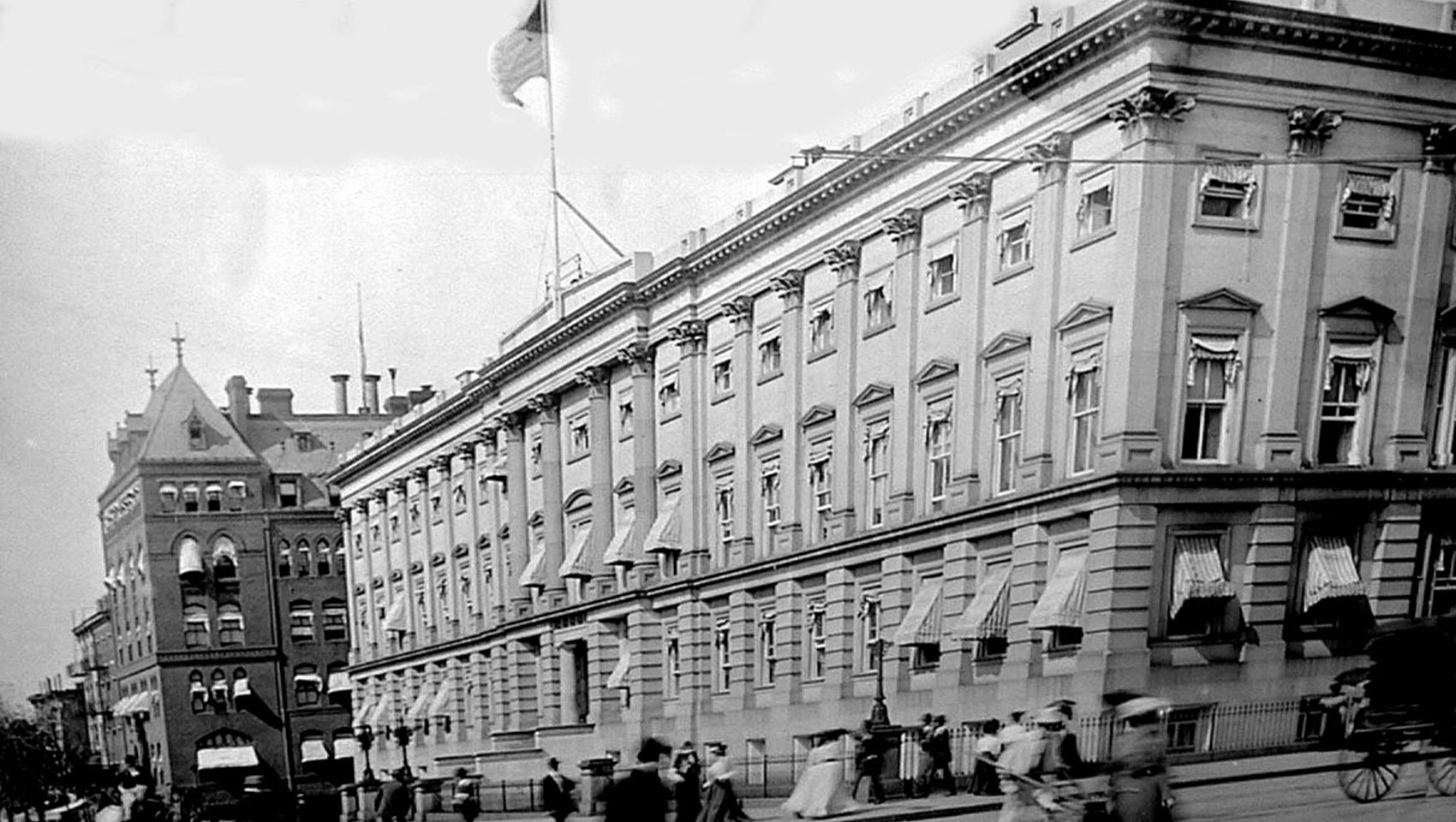 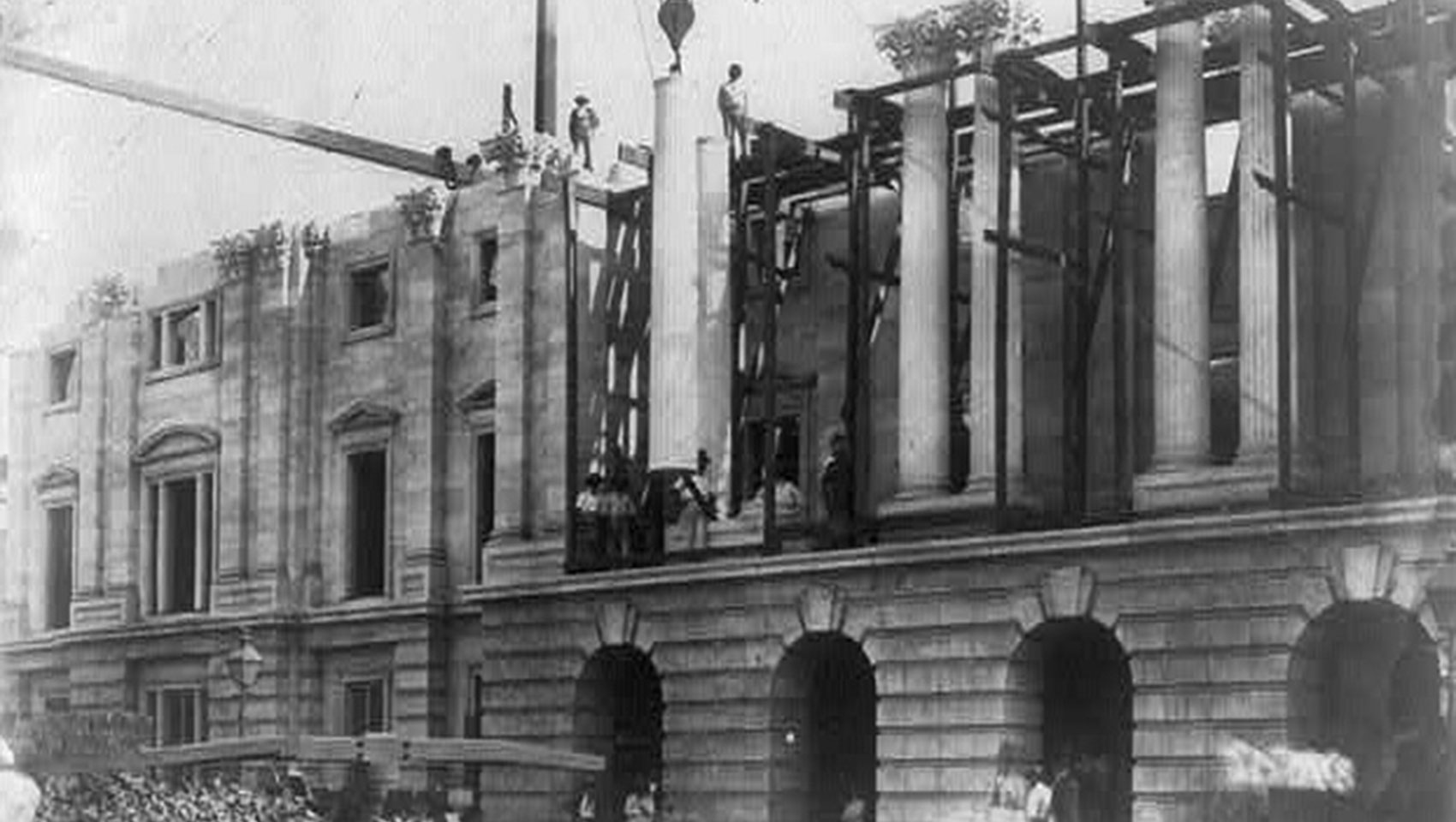 Blodgett's Hotel, built in 1795, was the first known structure to occupy this site. Throughout the 18th and 19th centuries, the area was the “center city” of Washington, encompassing the private residences of prominent citizens as well as hotels, theaters, and city markets.

In 1810 the US government purchased the hotel to house the Post Office Department and the City Post Office on the first floor, and the Patent Office on the upper floors. In 1814, by pure luck, it was the only government building in Washington to survive when Sir George Cockburn ordered British troops to burn all public property in the capital. On September 19 of that year, the 13th session of Congress was convened here, and the building became the Hall of Congress for a short period thereafter.

Ultimately Blodgett's did burn to the ground in an accidental fire in 1836, paving the way for a trio of architects to leave their stamps on the building we now call home. Erected to house the General Post Office, it was constructed in two sections over a 27-year period.

Robert Mills, who went on to design the Washington Monument, designed the original section, which took over the site where Samuel Morse had opened the world's first telegraph office in 1845. (Look for a commemorative bronze plaque on the side of the building along 7th Street near F Street).

The original building was completed in 1842, but the postal service soon outgrew it. An expansion was begun in 1855, guided by architect Thomas Ustick Walter, known for designing the Capitol dome. The new section would encompass the north side of the building, facing the Smithsonian National Portrait Gallery, which was also designed by Robert Mills as the US Patent Office.

Construction was suspended during the Civil War, when Union troops used the basement as a munitions depot, while the Post Office continued to occupy the floors above. It was from here that, in 1863, the Postmaster General initiated home mail delivery, with mail distributed through a horse-and-carriage entrance on 8th Street that still runs between the street and our restaurant courtyard.

The carriage-way arch includes three sculptural elements designed by Thomas Crawford, who also designed the bronze figure of Freedom on top of the Capitol dome. The arch keystone features a female face representing Fidelity, while bas reliefs on either side depict winged figures – one bearing a locomotive and symbolizing Steam, the other bearing a scroll and a thunderbird, symbolizing Electricity.

Thomas Walter's expansion extended each wing of the building and added a north elevation, enveloping a courtyard. He resigned as architect in 1865, and his apprentice, Edward Clark, took his place until construction finished in 1866.

The General Post Office relocated in 1897, after which numerous government agencies occupied the building, including the General Land Office, the Bureau of Education, and one of the government's first central power, heating, and lighting plants. After the U.S. entered World War I in April 1917, the building served as headquarters for the National Selective Service Board, and in the fall of 1919, General John J. Pershing took up residence while preparing his final reports as Commander-in-Chief of the American Expeditionary Forces.

From 1921 until 1997 the building was home to the Tariff Commission, and became known as the United States International Trade Commission Building or The Tariff Building. It was designated as a National Historic Landmark in 1971.

In 1997 the building was vacated and left abandoned until it began its new life as Kimpton Hotel Monaco Washington DC.

The opening of the 184-room Kimpton Hotel Monaco DC in June 2002 was heralded as a major element of the city's redevelopment of the downtown historic district. The Washington Post proclaimed, “The Monaco project is an exemplary, unambiguous reminder of what creative preservation can do for a building, and potentially, for a city.” Condé Nast Traveler cited the hotel's contribution to downtown DC's renaissance: “The revitalization of F Street is on… and the Hotel Monaco is helping to lead the charge.”

Kimpton's top priority was to ensure that the historical significance and architectural grandeur of the building was maintained, while infusing the hotel with modern comfort and style. The exterior was fully restored, including replication of previously removed skylights, extensive stone cleaning and repair, and restoration of the original wood and cast iron windows. For the interior, all original room and corridor configurations were retained, along with the original marble and cast iron circular stairways, ornamental plaster and cast iron ceilings, cast iron and stone door and window trim, original window frames and sashes, and marble floors.

In 2016, the hotel underwent another major renovation, as we reimagined all of the public spaces, meeting rooms, and guest rooms. San Francisco-based design firm Paletteur honored the building and the city's classical architecture and deep historical and political roots by fusing traditional and contemporary styles.

During your visit, keep an eye out for the many homages to old and new throughout the hotel.